Does Lowe’s Pay Weekly or Biweekly?

Lowes pay their employee biweekly. The Lowe’s pay period starts the week of your paystub, which you get on Fridays.  The biweekly pay period calendar typically starts on Saturday and ends on the second Friday. That means you’ll receive 26 paychecks per year. Lowe’s employees make between $11 and $20 per hour. If you’re starting, this is a great place to start!

Supposing that you begin on a Saturday, the very first of the month, and everybody else gets paid that coming Friday, the seventh, you will not get paid. This is due to the fact that the “pay period” was from precisely 2 weeks prior to when you began.

How Much Does Lowe’s pay?

Lowe’s is among the largest home improvement retailers. Aside from selling top-quality home improvement products, Lowe’s has also expanded its product line. There are multiple employment opportunities at Lowe’s with various benefits available to its employees. Paychecks are also made every two weeks, which is a significant advantage

The salary at Lowes is based on the employee’s position. In comparison to higher-level employees, entry-level workers get paid less. Employees at Lowes start with an hourly wage of $11. Once you gain experience, the salary might increase from $11 to $20 per hour. A worker can earn $29,120 a year in this method.

Biweekly Lowes Payroll Calendar 2023. Use this for reference only.

Lowe’s does conduct drug tests. Employees at Lowe’s are subjected to drug tests before and after workplace accidents. Depending on the role, Lowe’s also maintains the right to require employees to submit to random drug testing following their employment contract. A mouth swab test is the most common drug test at Lowe’s.

Lowe’s does rule out job applicants who test positive for cannabis. It makes no difference if you have a medical marijuana card or if you live in a place where it is legal.

You have six months to reapply to Lowes should you fail the drug test. If you are currently a Lowe’s employee and tested positive for cannabis during a random drug test, you may receive a warning and be requested to retest within a few weeks. You might be automatically fired in some circumstances.

Lowe’s provides a sufficient income. A person’s earnings are determined by the position in which they work. A two-week payroll schedule begins on Saturday for employees. Employees are paid per hour, regardless of whether they work part-time or full-time. Generally, the higher the position, the higher the salary will be. Also, some people earn more by working extra hours. 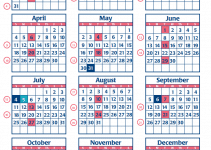 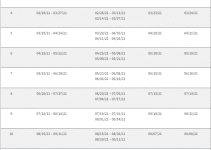 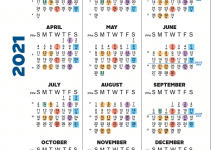